SPAC Magic: What Is A SPAC & Does It Create Money From Nothing?

SPACs (Special Purpose Acquisition Companies) have been in the news lately for all the wrong reasons. What is a SPAC? Are these investment vehicles simply an end-around of the IPO process? Or are they just another meme investment that tries to create something from nothing?

What Is A SPAC?

A SPAC is a publicly traded shell company that has a boat-load of cash and one purpose: to merge with a private company, effectively taking it public.

The SPAC’s initial investors buy into the fund without knowing what the final investment will be — they write a blank check to the SPAC’s management and trust they’ll make good decisions. The acquired company goes public using the much simpler merger process rather than bothering with the difficulty of an IPO.

Sounds like it could get sketchy, right? There’s ultimately no transparency for the initial investors until the deal has been completed. The SPAC even has up to two years to find an appropriate company.

If you think this kind of structure could potentially lead to fraud, you’re right. What we’re seeing in the SPAC market today is a renaissance; their first heyday was in the 1980s. Back then, some SPACs would abscond with investors’ cash or set up wildly lucrative insider deals with the acquired business.

Fast-forward to 2020, when our most recent SPAC revival was in full bloom. Last year, there were 248 SPAC IPOs — over three times as many as there were in 2019. SPACs also raised over $82 billion in capital, which was more than SPACs have raised over the prior 10 years combined! Graphic via the Visual Capitalist.

As you can imagine, this proliferation of SPACs has not only helped fuel the speculative mania in equity markets, they’ve also alarmed many people wary of their potential for abuse.

Understanding how these investments work can illustrate the financial sleight-of-hand and potential danger to investors. Let’s look at a hypothetical SPAC, “Blue Horseshoe SPAC”, to see how the mechanics work: Over the next two years, the SPAC then searches for a company to merge with. If the SPAC is unsuccessful in finding a company, your $10 is returned to you with interest.

However, if the SPAC is successful in finding a company to merge with (Anacott Steel, maybe?), investors then receive shares and warrants in the new combined company. The value of these shares would depend upon the terms of the deal and the value of the acquired company.

It’s also important to note that the SPAC manager, Gordon Gekko in this case, carves out some ownership in this new combined entity as part of his compensation. Gordo’s not working for free, right? I’ll touch on this a bit later.

So once invested, you have two options:

Value Out of Thin Air

Think about this for a second. You can invest $10 in Blue Horseshoe SPAC, which can be redeemed at any time for $10. Along with that investment, you get 1/4 of a warrant.

What’s to stop you from investing your $10, immediately cashing out, and keeping the warrant?

By doing so, you get something for nothing: a free call option. In fact, you could immediately sell your warrant and pocket a quick, risk-free profit.

The warrant is worth something greater than $0, right? Why not lather, rinse and repeat?

In the real world, you’re required to wait a few weeks before you can trade your $10 share and warrant separately, but the principle is the same. You can bet this isn’t lost on some investors, including hedge funds.

Indeed, many hedge funds are using this “something for nothing” feature of SPACs to generate revenue. They either:

Either way, it’s potentially a risk-free way to make money.

Of course, if all investors in the SPAC did this, there would be no money in the escrow account and the whole thing would collapse on itself. So, in order for this to work, some investors must believe that the SPAC will find a viable firm to merge with and become a good long-term investment.

Who are the investors that don’t flip shares? They’re the ones with hot money chasing deals. It’s no coincidence that SPAC activity correlates with frothy markets.

Dilution On Top of Dilution

This is where SPACs start getting dangerous.

If we know that each share of the SPAC is worth $10 (since we can redeem it) and that the warrant is worth something (greater than zero, since we can sell it), what does that do to the value of its shares?

It dilutes them, of course.

Let’s say that our Blue Horseshoe SPAC has managed to raise a whopping $1,000 — 100 shares at $10 each along with 25 warrants outstanding — and wants to merge with Anacott Steel.

Since the warrants are, in essence, call options, determining their value is complex. For our purposes, let’s assume the cumulative warrants are worth $100 (10% of the value of the deal).

However, Blue Horseshoe SPAC only has $1,000 in cash to give Anacott Steel in exchange for a share of ownership. Assuming Anacott Steel sells $1,000 worth of the company to Blue Horseshoe, the total value of SPAC (shares and warrants) must equal $1,000. If the warrants are really worth $100 on the open market, then the new shares in the post-merger entity would only be worth $900 — or $9.00 per share.

Gordon Gekko doesn’t do all this work for free. Plying Charlie Sheen with enough booze and cocaine to get in tight with the higher-ups at Anacott Steel isn’t cheap. In returns for his efforts, he carves off a number of shares and warrants for himself, let’s say 20%. If we say the total outstanding warrants are still worth $100, each post-merger share would only be worth $7.20.

Remember those hedge funds who have invested, pocketed their warrants, and redeemed their shares?

Well, let’s say that Gordon’s son-in-law, Shia LaBoeuf, has become a hedge fund manager and gets involved before the merger. (Seems appropriate, right?)

Shia decides to buy 75 shares of Blue Horseshoe SPAC, pocket the warrants and redeem his shares.

After Shia comes in and messes everything up, Blue Horseshoe SPAC now looks something like this: If we assume that the warrants are still worth 10% of the deal, then that now leaves us with a post-merger share price of $4.50. All of a sudden, our SPAC shares are worth less than half of the initial price.

In fact, it actually makes more sense to redeem the shares, pocket the warrants, and let someone else deal with the dilution. The only reason you wouldn’t do this is that you expect the SPAC to come up with such a good deal that it makes up for all of it.

Of course, this is crazy since initial investors often have no idea what the SPAC is going to buy. Remember, SPACs are sometimes called “blank check companies”.

By the way, at this point, Blue Horseshoe can’t afford to buy scrap metal from Anacott Steel, much less a portion of the company.

Who Gets Left Holding the Bag?

One way or another, someone will be subsidizing the free-money aspect of every SPAC that feeds the managers (Gordon Gekkos) and the urchin hedge funds (Shia LaBoeufs). Money isn’t generated from thin air. The only question is: who?

If Gordon Gekko does a great job and negotiates a favorable sale in the merger, then it will be Anacott Steel that subsidizes the free-money drag of Blue Horseshoe SPAC. They will have given up enough company value in the transaction to both make the SPAC investors’ shares worth more than their original $10, but also to make up for all the dilution along the way.

If not, then the public investors in Blue Horseshoe SPAC will be the ones to foot the bill for all the share dilution. After the merger, it’s unlikely that their shares in the new Anacott Steel entity will be worth more than $10.

The managers and hedge funds are never the ones subsidizing the dilution.

Ideally, a SPAC will find a great company to merge with and all parties are happy. The SPAC investors get a great deal on a promising company while the acquired company gets the opportunity to go public without the hassles of the IPO process. Potentially, everyone could make money here.

However, that’s not typical.

The share redemption issue is a real problem; quite often, over 50% of a SPAC’s shares are redeemed before the merger event. In these cases, the SPAC will need to raise more cash from new investors in order to complete the acquisition.

It’s one thing for a SPAC manager to try and profit by taking a company public. It’s easy to see where value is created in that scenario. Is it worth 20%? It depends on the deal, I suppose. However, it’s the ability for hedge fund types to flip shares and keep warrants that makes these investments sketchy.

With enough euphoria in the markets, it’s easy to see how investors could easily get burned looking to get in on the ground floor of an “IPO pop” where they wouldn’t have had access through the traditional IPO process.

Fortunately, investor fervor over SPACs is waning. With renewed scrutiny from regulators, possible tax changes associated with these vehicles, and a limited number of deals out there, the issuance of new SPACs has fallen in 2021.

For the moment, SPACs seem to have run their course. Perhaps in the future, we’ll eventually see more regulations around the severability of the shares and the warrants. Until then, we can expect them to stay in hibernation until our next extended period of irrational exuberance.

If anyone approaches you about investing in a SPAC or any other opportunity that sounds too good to be true, then click here to set up a quick, complimentary introduction call to see if Prana Wealth is a good fit. We do still have the capacity to take on new clients. 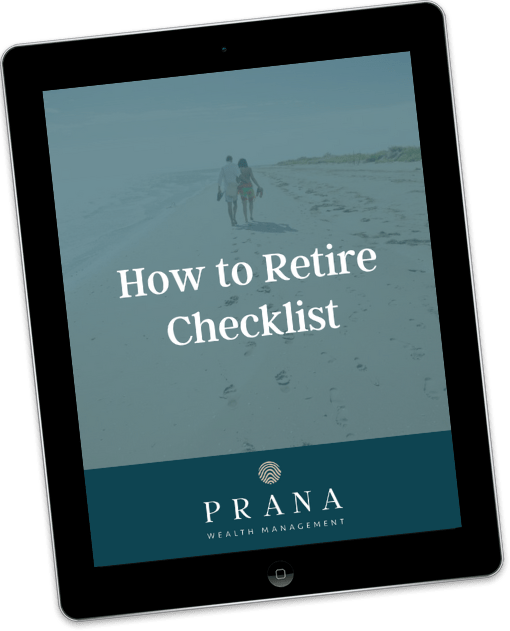